Classic Car Road Trip Normandy 2009: A road trip in our own original 1942 Ford GPW Jeep along the D-Day landing beaches in Normandy. We visited Normandy in the last week of May and the first week of June 2009, during the celebrations of the 65th anniversary of the D-Day landings. In Normandy, each year there are many commemorations and celebrations of the D-Day landings. Every five years, World War II jeep owners and owners of other World War II military vehicles are invited to Normandy to attend one or more of the D-Day anniversary ceremonies. In our own Ford Jeep, we participated in a memorial tour along Gold Beach and the Mulberry Harbour at Arromanches-les-Bains, we participated in a parade of WWII vehicles in Bernières-sur-Mer and a memorial tour and torchlight parade in Courseulle-sur-Mer. We attended the commemoration of 65th anniversary of D-Day at Mont Saint-Michel, a small rocky island in front of the coast of Normandy. We visited the Normandy American Cemetery and Memorial, the best known and most visited war cemetery in Normandy, and the La Cambe German War Cemetery, here we witnessed the burial of a German soldier who fell during WWII at Grandcamp Maisy and was finally discovered 65 years after D-Day. 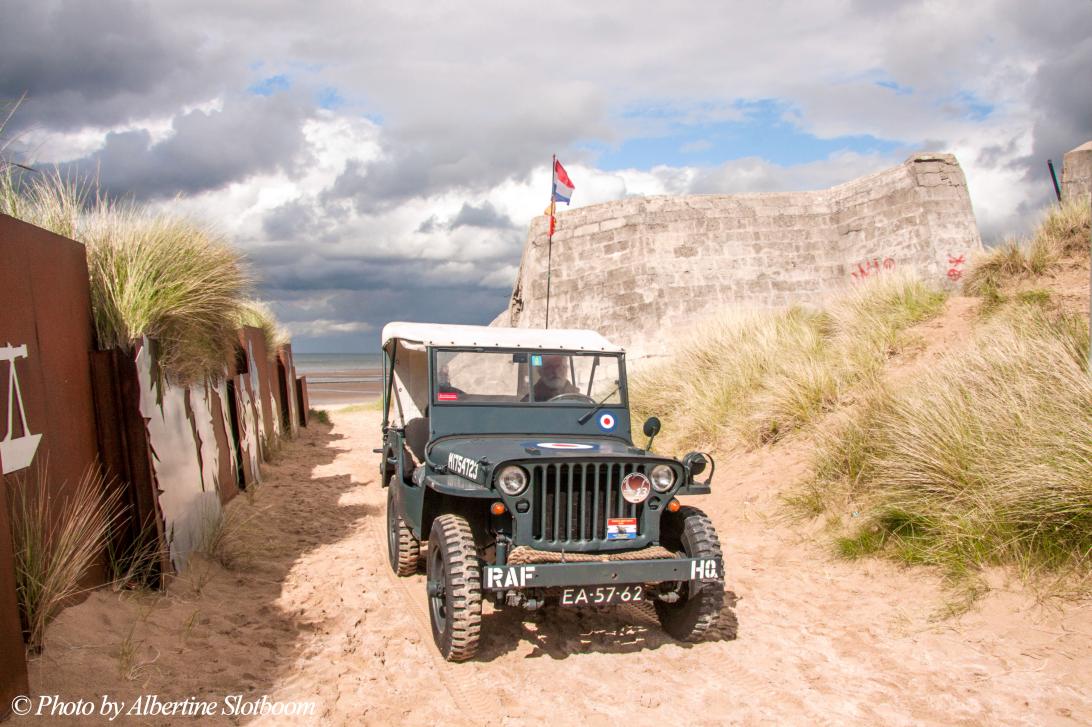 Classic Car Road Trip Normandy: Our own WWII Ford Jeep on Juno Beach, one of the five landing beaches during the Allied invasion of Normandy, called Operation Overlord, the codename for the Allied invasion and liberation of nazi-Germany occupied Europe. Operation Overlord started on D-Day, 6 June 1944, the day the Allied troops crossed the English Channel and landed on the beaches of Normandy, France. Our own jeep landed on Juno Beach in 1944, shortly after D-Day.