75 years after the Battle of Arnhem

September 2019, 75 years after the Battle of Arnhem, a major battle in the Netherlands during the Second World War. Since 1945, the Battle of Arnhem is remembered each year. During the Second World War, Nazi-Germany occupied over twenty countries in Europe. The Netherlands was occupied by nazi-Germany on 10 May 1940. The Allied forces launched a number of military operations to liberate nazi-Germany occupied Europe. The Battle of Arnhem was part of the Allied Operation Market Garden, one of the military operations to liberate the Netherlands. Market Garden was the largest airborne operation in history. On the 17th of September 1944, British airborne troops were dropped by glider and parachutes near Wolfheze, Renkum and on Ginkelse Heath near Ede, Polish troops were dropped near the village of Driel. Their common task was to conquer the bridge over the Rhine at Arnhem, a vital river crossing into the northern parts of the Netherlands. Despite their heroic battle, the Allied forces failed to capture and hold the bridge. The southern part of the Netherlands was liberated, but the northern part of the Netherlands remained under nazi-German occupation until the 5th of May 1945.

In 2019, British Second World War veterans have returned to the former battlegrounds around Arnhem, Driel and Oosterbeek in the Netherlands to attend the 75th anniversary of the battle. The Battle of Arnhem is remembered each year at several locations, such as the Ginkelse Heath, the Airborne Museum and the Airbore Cemetery in Oosterbeek, in the small village of Driel and Arnhem at the bridge. In our own Ford Jeep, together with numerous other WWII army vehicles, we attended the memorial ceremony on the Ginkelse Heath and the Race to the Bridge 2019, a convoy of World War Two army vehicles which follows the route the airborne troopers took in 1944 from the landing zones to the bridge in Arnhem. The memorial tour ended in Oosterbeek. We also attended the commemoration of the Polish river crossing near Driel. During the Battle of Arnhem, more than 1,800 Allied soldiers were killed, most of them are buried at the Airborne War Cemetery in Oosterbeek, 244 of them could not be identified and 137 soldiers are reported missing. Also 1,000 civilians were killed. 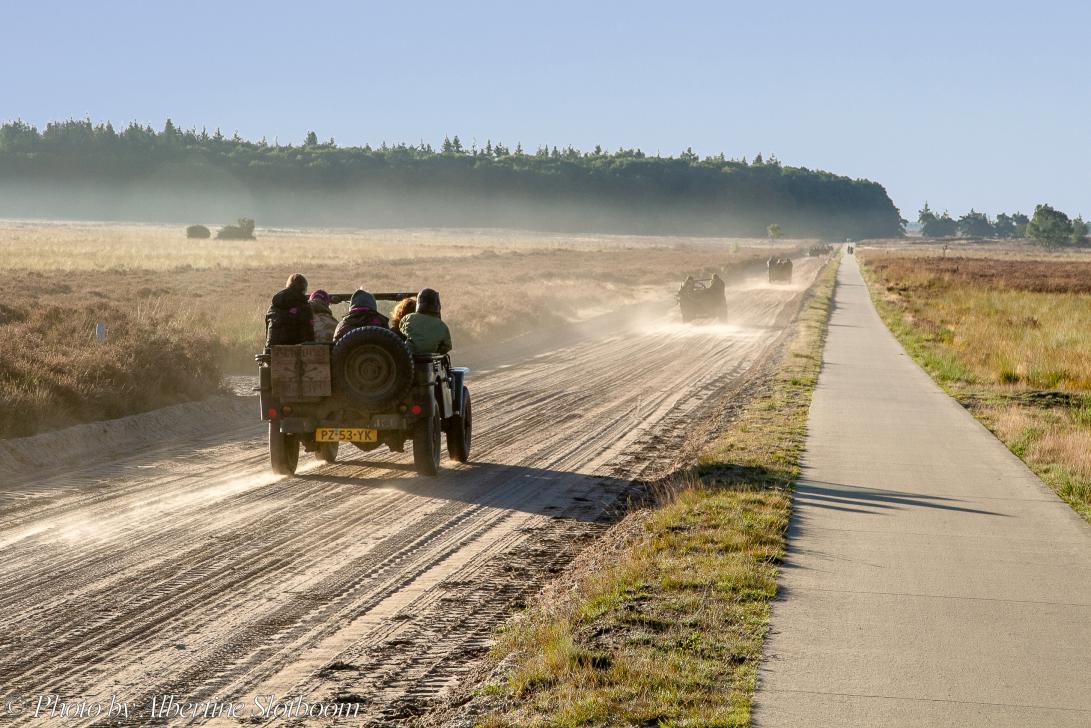 Classic Car Road Trip: A convoy of WWII Jeeps driving on the dusty sand roads of Ginkel Heath close to the Dutch city of Ede during the 75th anniversary of the Battle of Arnhem. The Battle of Arnhem was part of the Western Allied Operation Market Garden, one of the military operations to liberate the Netherlands from nazi-German occupation.